VERTIC participated in the Meeting of States Parties to the Biological and Toxin Weapons Convention, held in Geneva, Switzerland during 3 to 6 December 2019.

States Parties gathered in Geneva for this annual meeting to discuss topics including cooperation and assistance; science and technology; national implementation; preparedness and response; and institutional strengthening of the Convention. 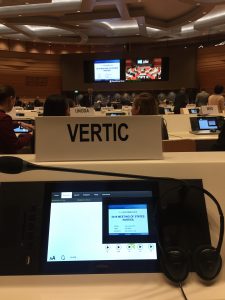 VERTIC endorsed the joint NGO statement and Senior Legal Officer, Yasemin Balci, also delivered VERTIC’s separate statement to highlight our work on legislative implementation of the Convention and investigations of alleged use of biological weapons.

You can find these statements and all other documents from the meeting here. 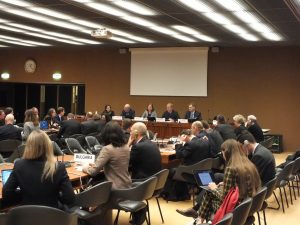 On the margin of the meeting, many side events were scheduled. On Tuesday, a side event was organised by Germany on the UN Secretary-General’s Mechanism (UNSGM) for Investigation of Alleged Use of Chemical and Biological Weapons. As part of a panel, Yasemin Balci presented on VERTIC’s table top exercise concerning the UNSGM, held during 30-31 October 2019 at the Royal Society in London. 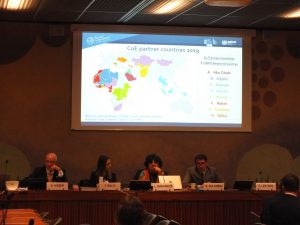 On Wednesday, Yasemin Balci spoke about VERTIC’s legislative assistance provided under European Union (EU) CBRN Centres of Excellence Project 53 during a side event organised by the EU, the Biosafety Association for Central Asia and Caucasus (BACAC) and the International Science and Technology Center (ISTC).

The Meeting of States Parties can be watched live or rewatched at UN Web TV.