VERTIC participates in the 2018 BWC Meetings of Experts

Monday 13 August was dedicated to “MX.3 – Strengthening National Implementation” under the chairmanship of Ambassador Julio Herráiz España of Spain. Delegates discussed measures related to Article IV of the Convention, CBM submissions, ways to promote transparency and confidence building under the Convention, the role of international cooperation and assistance under Article X, as well as export controls under Article III. At the end of the session, Cédric Apercé delivered a statement on the behalf of the NGO community.

VERTIC is grateful to the European Union and the United States Department of State whose financial supports made our participation in the conference possible. 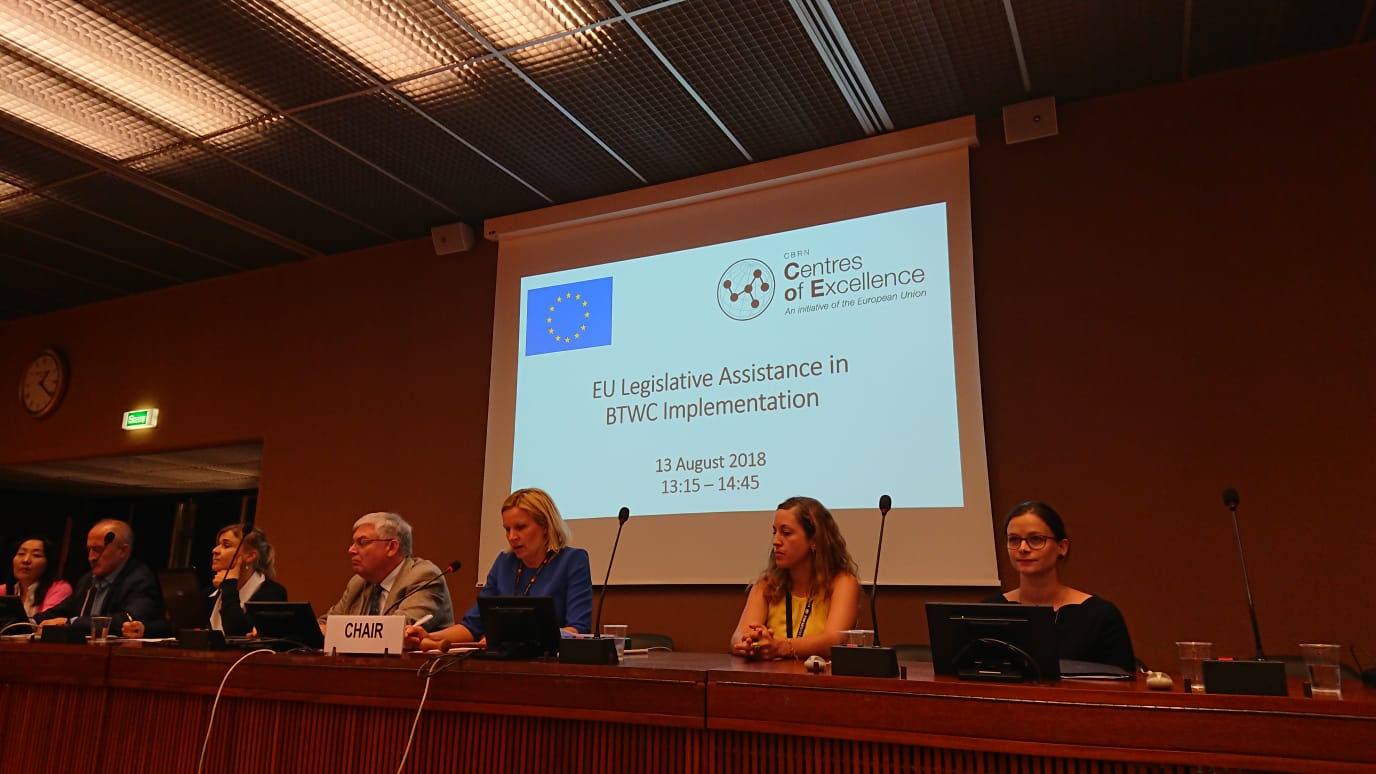 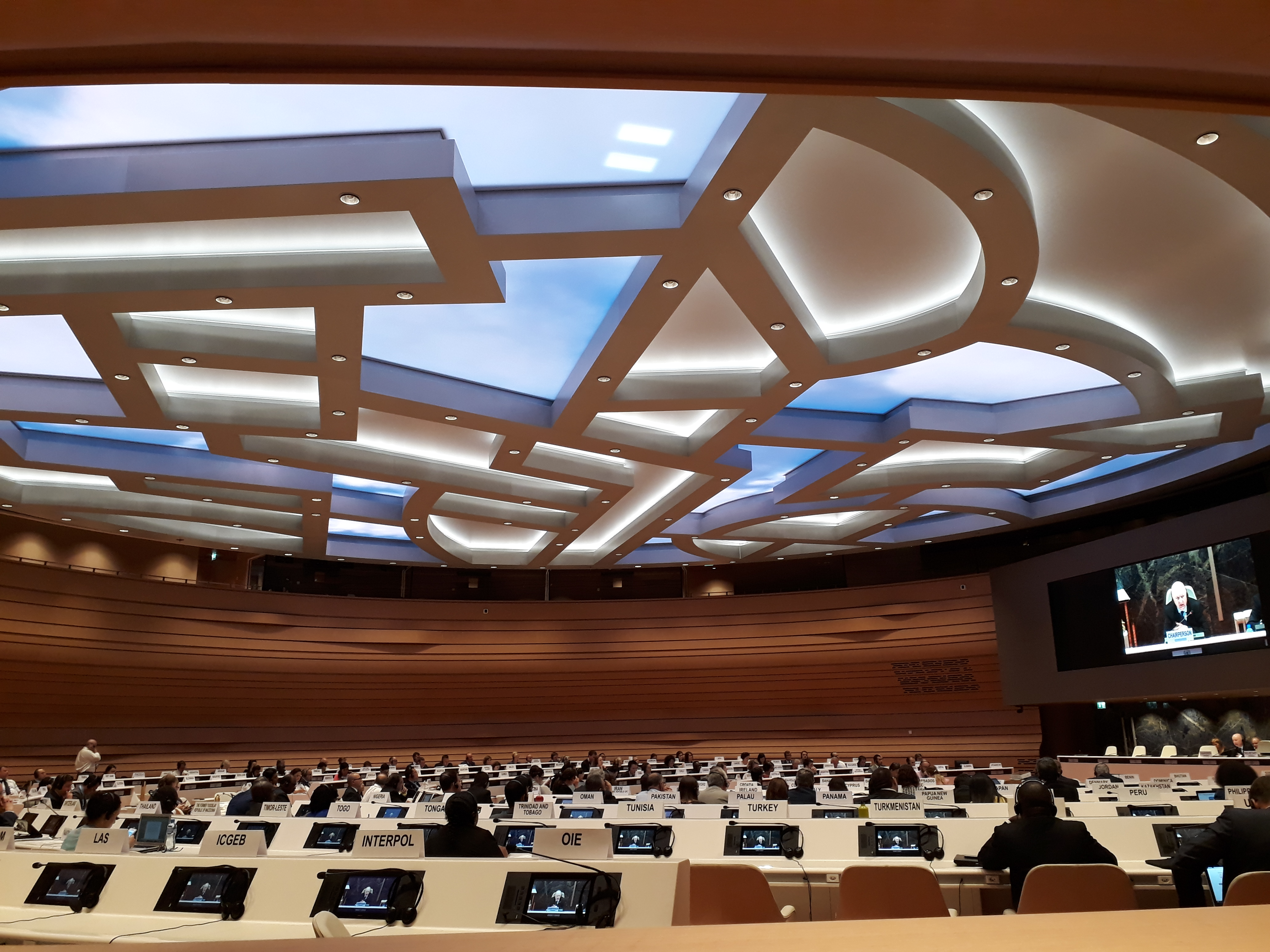 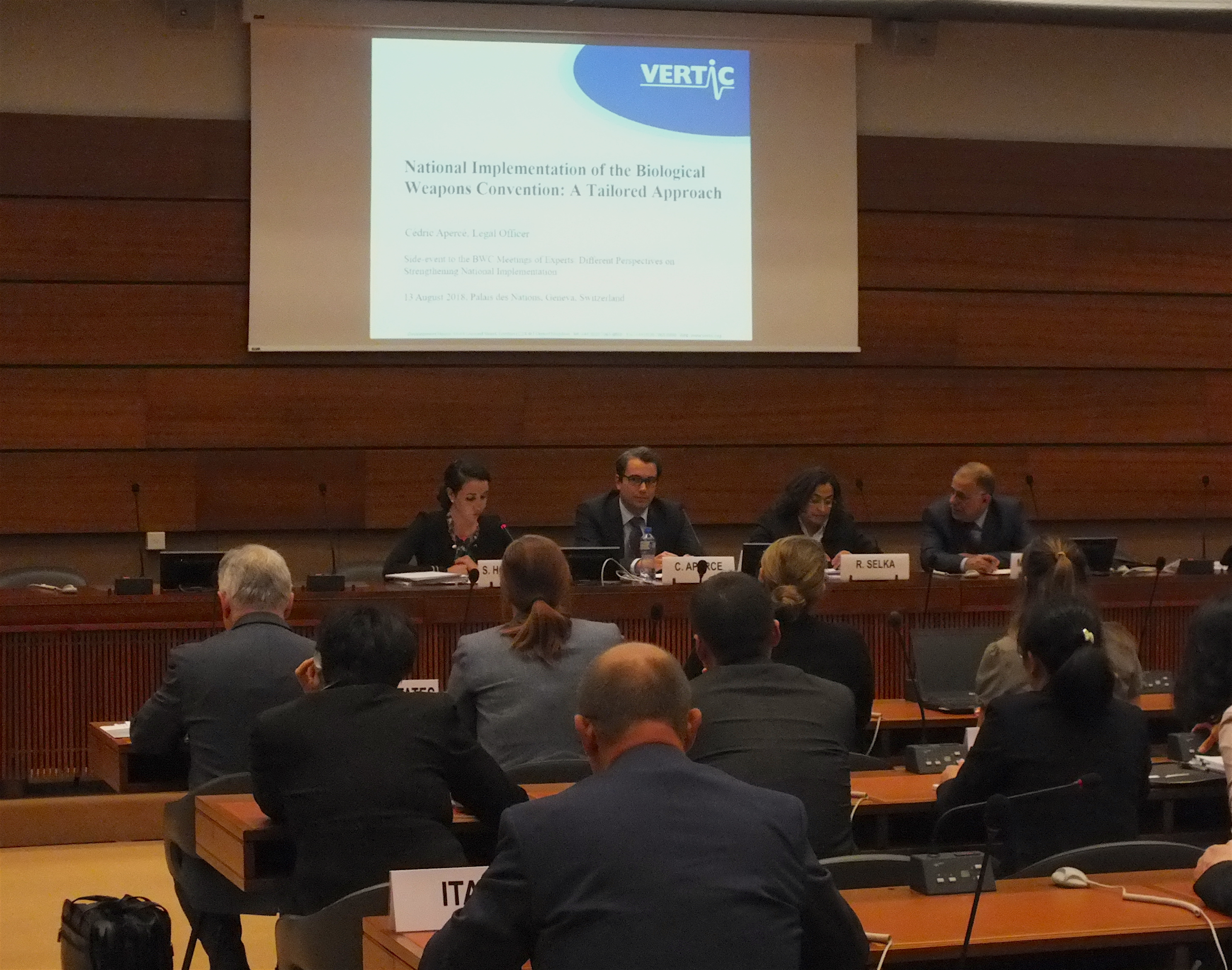