VERTIC’s Legal Officer Cédric Apercé participated in an Awareness Raising Meeting in Islamabad, Pakistan from 9 to 10 April 2018 under Project 53 of the EU CBRN Risk Mitigation Centres of Excellence Initiative: “Strengthening The National Legal Framework and Provision of Specialized Training on Bio-Safety and Bio-Security in Central Asian Countries”.

The Project 53 consortium consists of experts from VERTIC (UK), Public Health England (PHE) (UK), Sustainable Criminal Justice Solutions (SCJS) (UK), the National Institute for Public Health and the Environment (RIVM) (Netherlands) and the International Science and Technology Center (ISTC) (Kazakhstan).
The meeting gathered over 60 participants from both federal and provincial entities and ministries in Pakistan, as well as key organisations working on biosecurity and biosafety issues in the region. The objectives of the meeting were to introduce the scope of Project 53 (including harmonisation of legislation for biosafety, biosecurity and biorisk as well as bringing local training up to international standards); to introduce ISTC and the European team of experts to the national CBRN Centres of Excellence working group and to create a National Team of Experts to participate in the Project.
Project 53 was conceived and funded within the framework of the EU CBRN Risk Mitigation Centres of Excellence Initiative. The CoE currently covers eight regions and 59 partner countries. The EU CBRN CoE Secretariat for Central Asia is based in Tashkent, Uzbekistan. It works in partnership with countries to encourage local ownership of CBRN action plans, policies and joint preparation of regional project proposals. 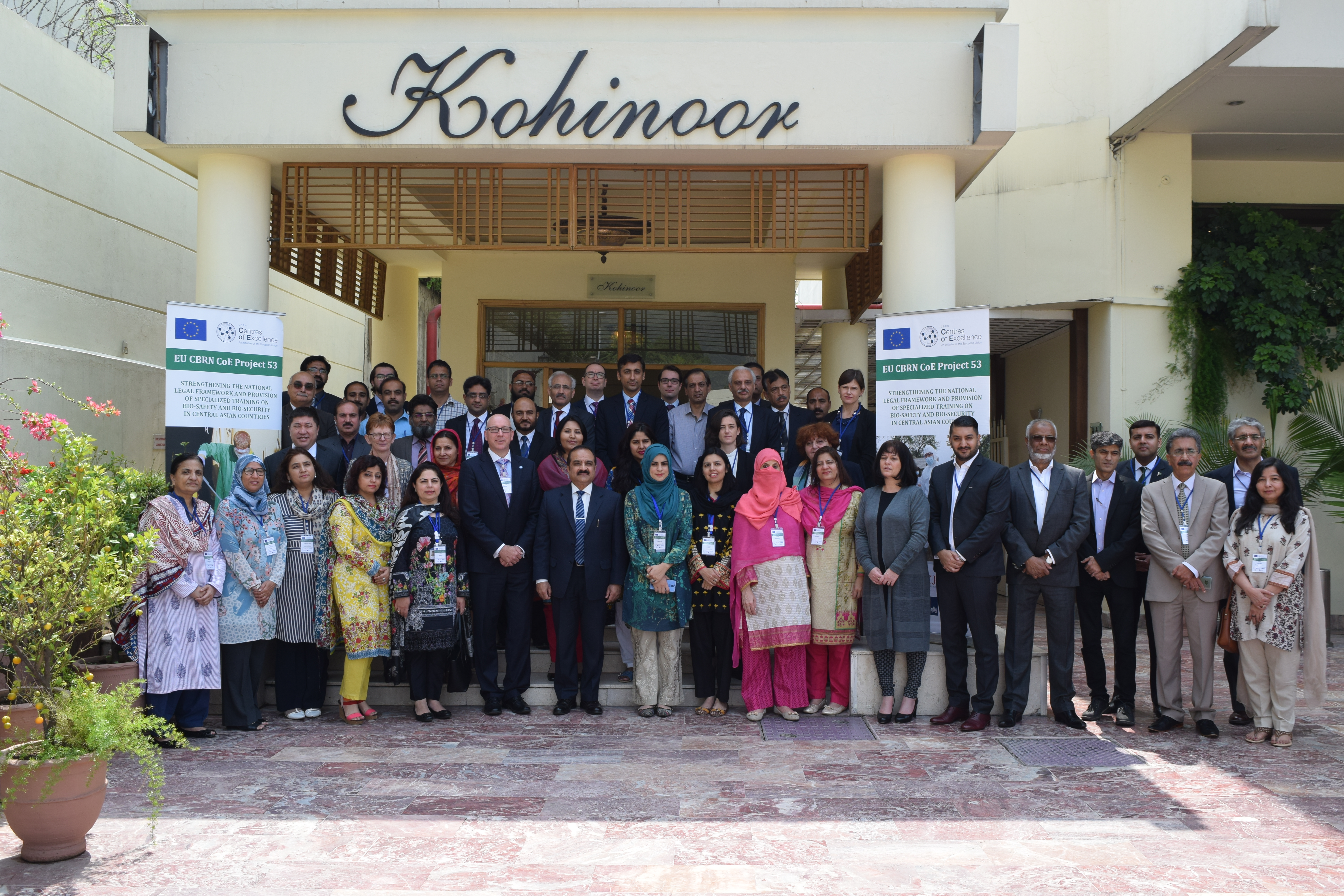 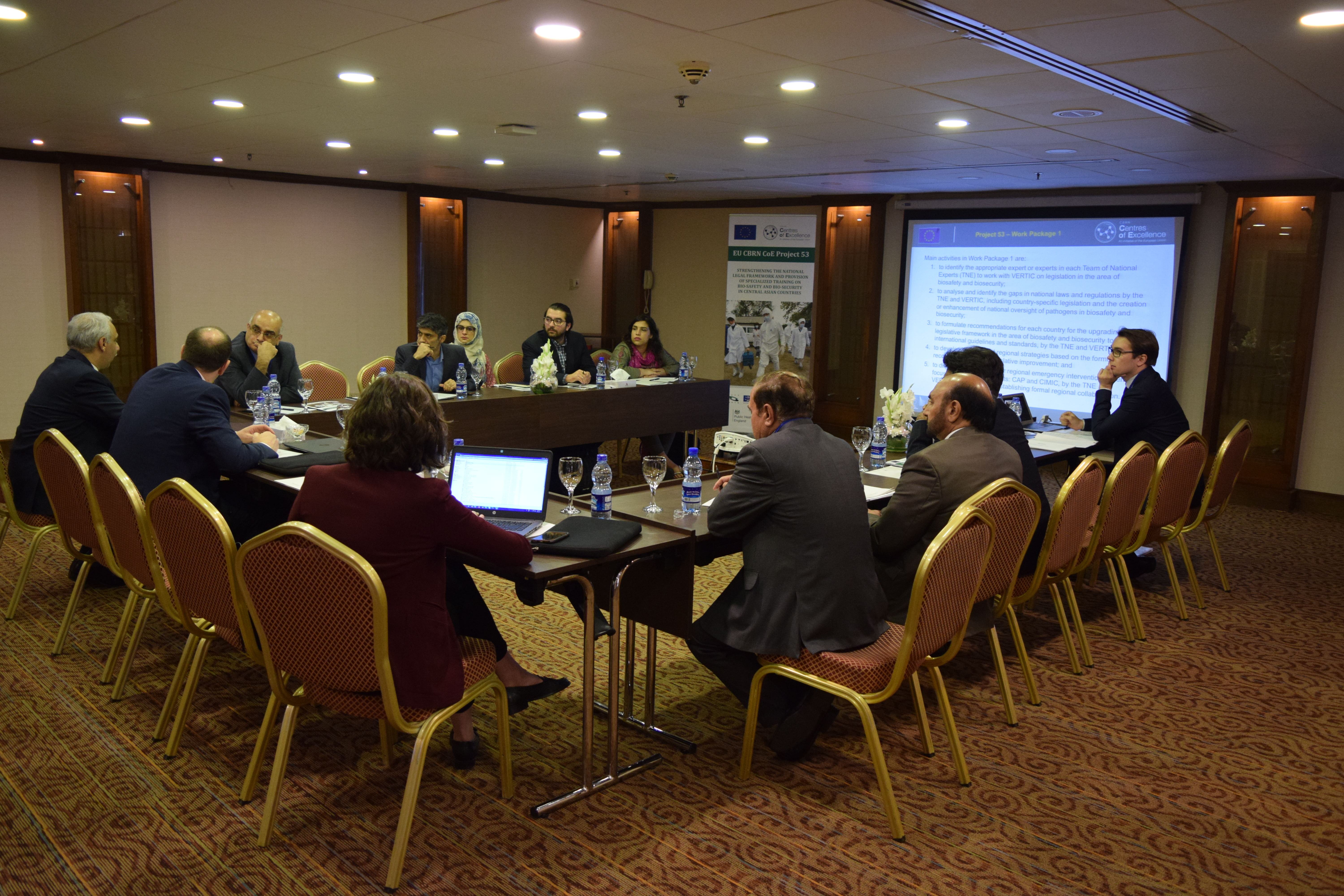