Scott Spence, Programme Director for National Implementation, spoke at the 1st International Scientific Conference on CBRNe, which took place in Rome, Italy during 22-24 May.

Scott Spence, Programme Director for National Implementation, spoke at the 1st International Scientific Conference on CBRNe, which took place in Rome, Italy during 22-24 May. The Conference had 360 participants from 45 countries. There were also 190 oral and written contributions many of which will be compiled into a Springer Conference Proceedings Book: Enhancing CBRNe Safety & Security: Proceedings of the SICC 2017 Conference – Science as the First Countermeasure for CBRNe and Cyber Threats.

Ambassador Bonnie Jenkins, the former Coordinator for Threat Reduction Programs in the US Department of State – Bureau of International Security and Nonproliferation, was President of the Conference. The event was organised by the non-profit association Health Safety Environmental Research Association Rome (HESAR), which is affiliated with the University of Rome Tor Vergata.

Ambassador Ahmet Üzümcü, Director General of the Organisation for the Prohibition of Chemical Weapons (Nobel Peace Prize 2013) gave the Keynote speech on the second day of the Conference, which was also an official event of the OPCW’s 20th anniversary celebrations taking place during 2017. 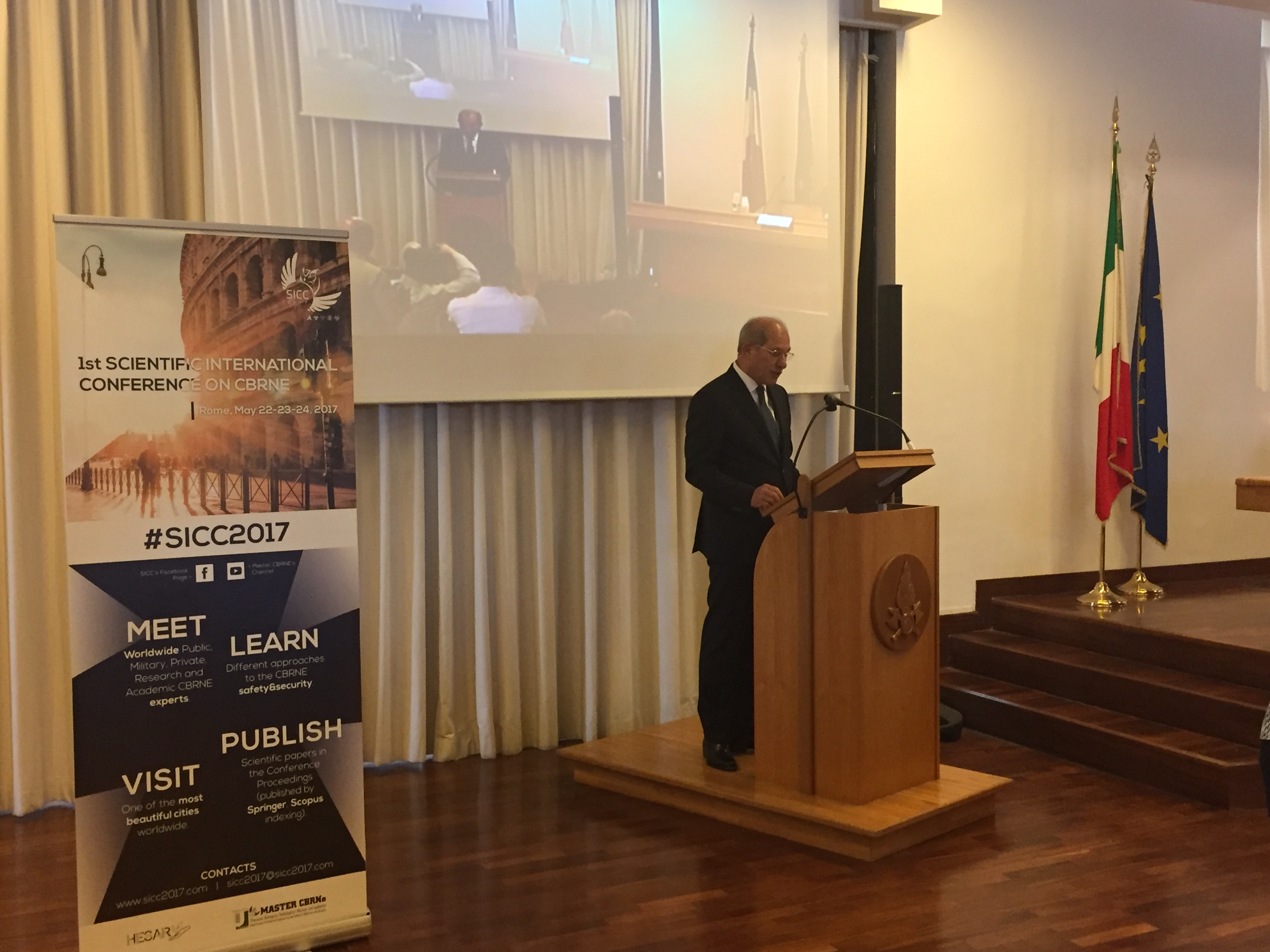